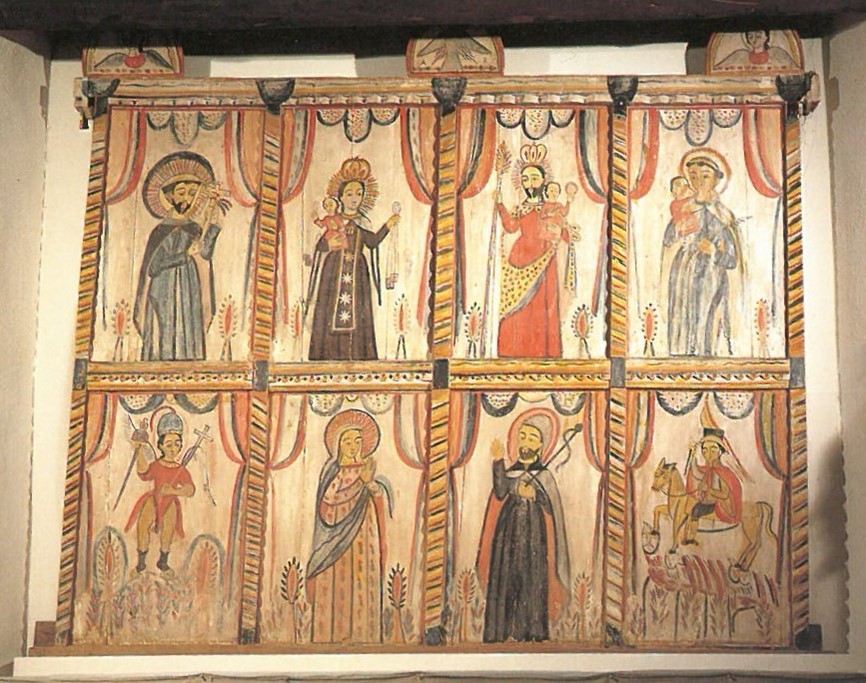 The Society began its mission to preserve the regional Hispanic traditional arts in 1928 with the purchase of a reredos (altar screen) from the Nuestra Señora del Carmen church in Llano Quemado which had been replaced by a new altar screen. The six and a half foot tall carved and painted artwork was made by the workshop of the 19th century santero, José Rafael Aragόn. This beautiful altar screen was installed in the Palace of the Governors on the Santa Fe Plaza in 1929 and it has been on display as a long-term loan ever since.

The second accession came in 1929, when Mary Austin and friends raised $6,000 to buy a privately-owned chapel that was in a state of disrepair.  The Society deeded the Santuario de Chimayό to the Archdiocese of Santa Fe that same year (see image 1). The site is world-famous today as the destination of devotional pilgrims each year on Easter Sunday.

Accessioning ceased during the war and the Society went dormant until 1951 when the first curator, E. Boyd, revived the Society and stepped up collecting with renewed interest in regional Hispanic arts and comparative pieces from all around the Spanish colonies. In 1954, the Society’s collections, numbering approximately eighty items, were stored in the newly completed Museum of International Folk Art on Museum Hill in Santa Fe. 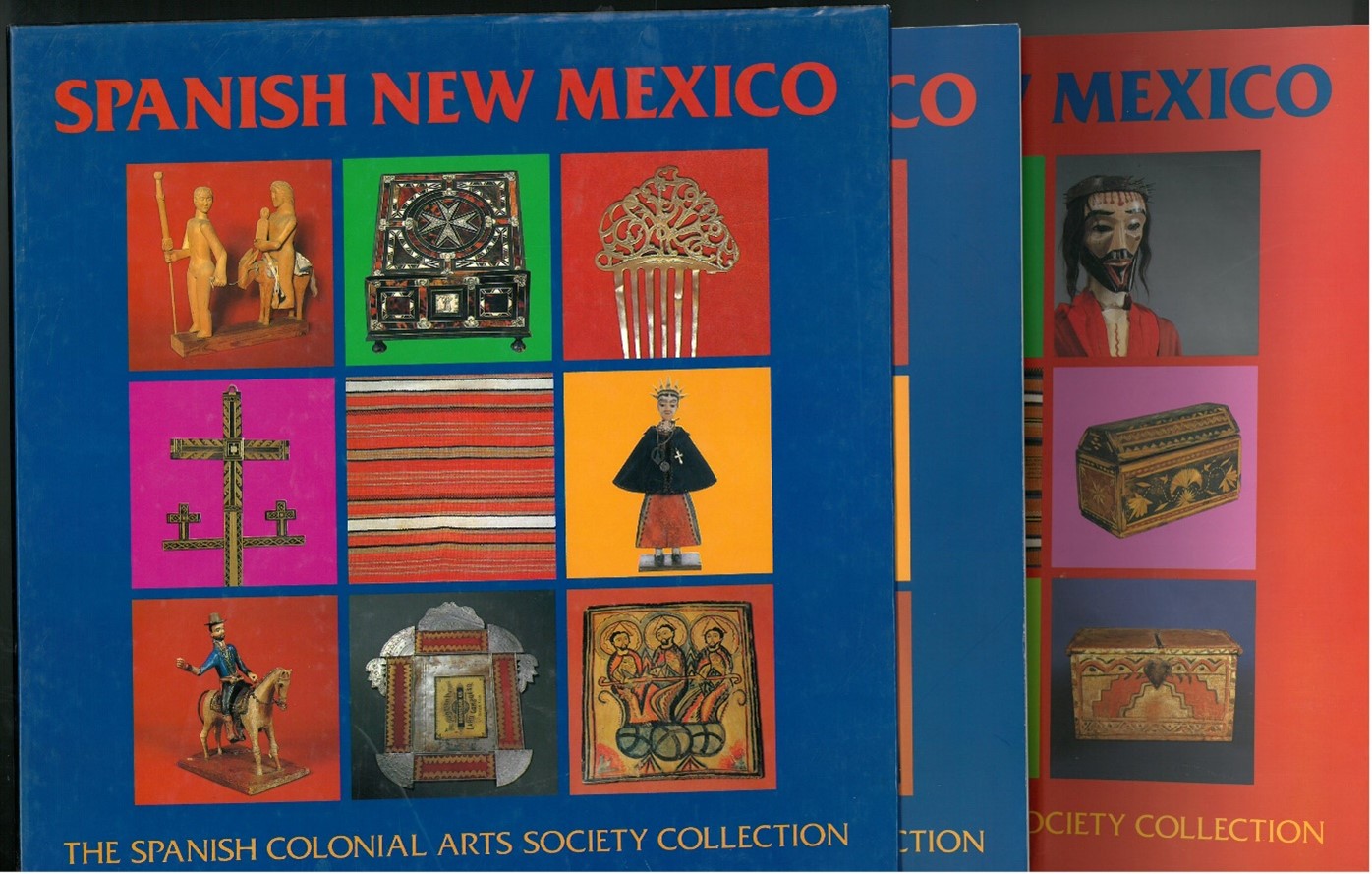 By the end of the 20th century, the Society was rich in collections but did not have its own facility to store and display these pieces. In 1996, Spanish New Mexico was published as a “museum on paper.” This two-volume set highlights the comprehensive qualities of the permanent collections. Their greatest strength is in New Mexico of the colonial period and the 19th century, with comparative objects from Spain, Latin America, the Caribbean, the Philippines, and

Goa; Catholic religious imagery from non-Hispanic countries; and objects that may have been imported to New Mexico from eastern states and other countries, especially China. In addition, New Mexican Hispanic art from the Revival Period of the 1920s and 1930s and more contemporary art from the post-1965 florescence are well represented. The Society’s collections are of such broad scope that they are unsurpassed for studies of historical, comparative, and contemporary themes.

The collections continued to grow larger by purchases and donations through the years and they were placed at the Folk Art Museum for safekeeping until 2001. Then, the collections were moved just down the road into their permanent home in the Stockman Collections Center at the newly completed Museum of Spanish Colonial Art.

The two-story, 6,400 square foot Stockman Collections Center was designed by architect Eric Enfield with assistance from the Society’s first Conservator and Collections Manager, David Rasch. It houses the almost 4,000 catalogued devotional, utilitarian, and decorative items, including many pieces by Spanish Market artists, in four storage vaults with state-of-the-art furnishings.